Bitcoin (BTC) price has secured another higher high at $7,863 as traders continue to press for a break of the resistance at $8,000.

With just 13 days left before mining reward halving investors are hopeful that the top-ranked cryptocurrency on CoinMarketCap can at least break above the 100-day and 200-day moving average (at $8,000) in order to tackle another key resistance level at $8,500.

Recently, Cointelegraph contributor filbfilb explained that “breaking the confluence of resistance at $8K will be a tall order for the bulls.” 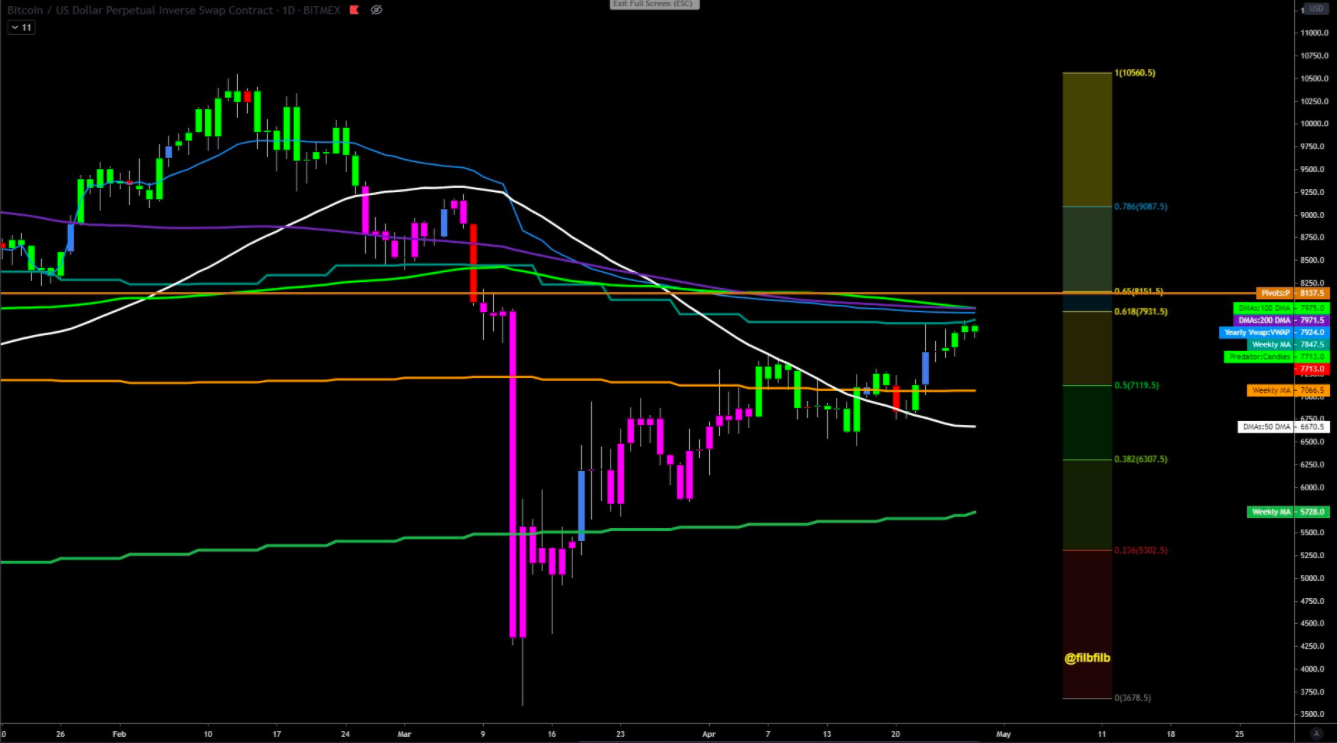 But the crypto trader also posted the chart above and tweeted that there is a:

Ridiculously tight cluster of MAs overhead; 100-DMA, 200-DMA, 20-WMA, Yearly VWAP, 61.8% Retracement, Yearly Pivot. Yet Bitcoin seemingly persists for more. Squeeze in PA will result in expansion/volatility. I favor a look up & then we will see.. pay-attention time.

Currently, Bitcoin bulls are tussling to hold the $7,800 mark and a push above $7,968 would push the price right through the 61.8% Fibonacci retracement and the 100 and 200-day moving average.

Such a move seems likely to occur at some point this week and as discussed by many analysts across crypto Twitter, there is the expectation that the price will be rejected at $8,000 or $8,500. On Tuesday, crypto trader Micheal van de Poppe cautioned that:

Events like the halving could trigger an increased level of FOMO by people and the media outlets. However, once people realize that the event doesn’t have an impact short term, sell pressure will also be strong. Stay calm and have a plan going into the halving.

We use cookies to ensure that we give you the best experience on our website. If you continue to use this site we will assume that you are happy with it.Ok